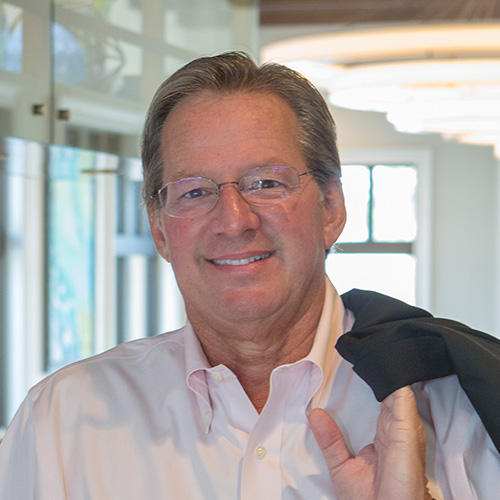 Dave has been an active member of the Central Florida non-profit community during his 3 decades in Orlando. In addition to being a past member of the Board of Directors of the Orange County Historical Society, Dave has served on the Board of The Second Harvest Food Bank, and was President of that Board for two years. Dave was also named one of Orlando’s “100 Most Influential People” by The Orlando Business Journal.

As a testimony to its successful company history, Restaurant Partners was named to Inc. Magazine’s “500 Fastest Growing Privately Held Companies in America” on two separate occasions. 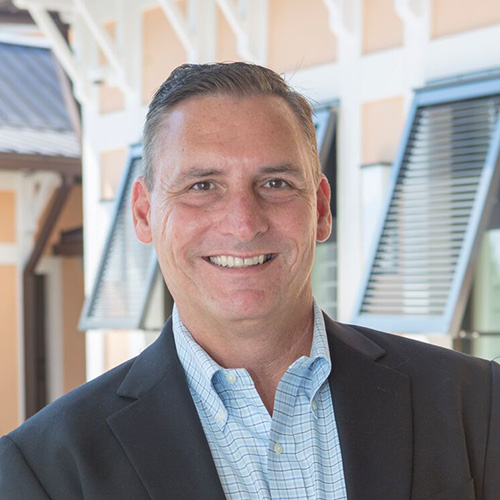 In his role as Regional Vice President, Keith oversees Operations and Profitability for all company owned locations and managed properties, as well as the operational details of several consulting projects.

Before joining RPI, Keith was with iPic Entertainment where he was the East Coast Director of Operations and spearheaded their last four new store openings from Florida to Manhattan.   Before joining iPic Keith was a Regional Vice President with Ruth’s Hospitality Group where he was responsible for results of all Mitchells Fish Market locations from Florida through Wisconsin.  Keith was Mitchell’s RVP of the year before moving on to iPic.  Keith also spent 7 years with Hard Rock Café International where he ran multiple locations including the largest Hard Rock in the World in Orlando, Florida.

Keith is a graduate of the University of Massachusetts and currently resides in Orlando Florida with his wife Jessica and their son Kayden. In their spare time they enjoy doing anything sports related and love traveling. 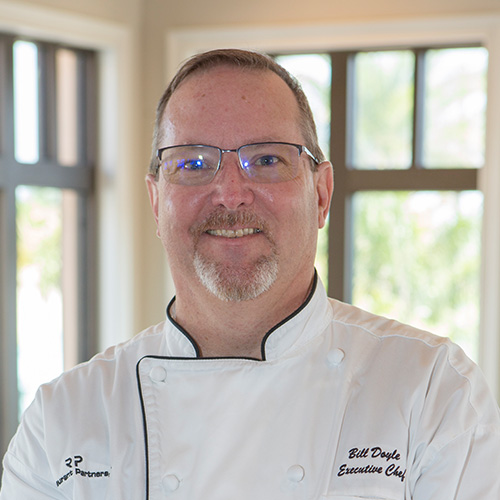 Chef Bill Doyle joined Restaurant Partners in 2006 as Executive Chef for a 3 unit community called Solivita in the Orlando area. Due to his excellent performance, strong hands on work ethic and creativity, Bill was promoted to Restaurant Partners Corporate Chef in 2011. In his role, he brings over 35 years of experience to the coordination of all back of the house operations by putting systems in place to insure a profitable, professional and organized operation.

Originally from Massachusetts, Bill graduated from Johnson and Wales University where he received a degree in Culinary Arts. His career spans work at several hotels and restaurants under the tutelage of Chef Frank Prioli, including the Hartwell house restaurant in Lexington, Massachusetts. Bill was chosen to oversee all catering aboard the Columbian tall ship Gloria, as part of the Sail Boston event in 1988.He was also Chef Owner of Sabina Doyle’s restaurant in Medway, Massachusetts for 7 years.

Bill moved to Central Florida in 2002, where he furthered his talents at Walt Disney World and The House of Blues. He is a contributor to the United Way and the ALS Association of Central Florida. When he’s not creating new, exciting dishes for one of RPI’s restaurants, Bill enjoys golfing and traveling with his wife Carla and two children and his grandson. 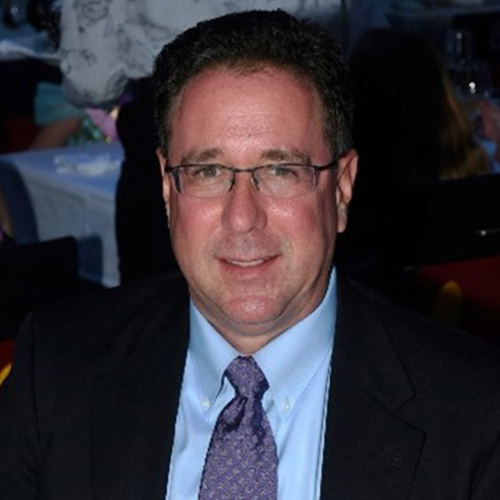 Mr. Pearl has extensive experience as a CFO and has worked with a range of businesses from startups to family owned enterprises. Mr. Pearl’s professional experience includes the restaurant industry, franchisor and franchisee businesses, large scale construction equipment, appraisal management company and professional services firms.  Mr. Pearls' career began at Arthur Andersen while working as the assistant comptroller for the Florida U.S. Army National Guard for eight years.  Mr. Pearl has extensive experience managing Financial, Administrative, Human Resources, IT and Operation function of companies.  He had created highly effective five-year strategic plans and exit strategies for numerous business, while being able to increase incremental profits.  This has led Mr. Pearl to work in multiple mergers and acquisitions.

Mr. Pearl received both his BBA and MAcc in Accounting from Stetson University. Mr. Pearl is a Certified Public Accountant and a graduate of the United States Army Officer Basic Training Course. Mr. Pearl is a veteran of the Florida Army National Guard.

Mr. Pearl is an active member of the Seminole County Business Advisory Board and Seminole State College Accounting advisory board.  He is the Past Chairman of the Board for Ivy Hawn Charter School of the Arts.  He has been on the fundraising, audit and finance committees during his tenor. He helped set up the internal finance department for all of the school related activities, while working with the school outside accountants on the annual budget and as well as the strategic planning for the 5 and 10-year plan for the school. Mr. Pearl a graduate of Leadership Seminole and is active in this organization. 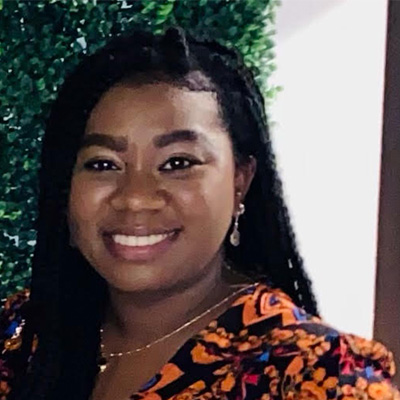 Safiya Crichton is the Accounting Manager at Restaurant Partners. For the past 10 years she has worked alongside her team overseeing the daily operations of the accounting department. She is responsible for monitoring and analyzing accounting data and producing financial statements.

Safiya is passionate about learning the needs of clients and setting them up for success by establishing proper accounting methods and policies. Safiya has graduated from the University of Central Florida with a Bachelor’s degree in Accounting. In her spare time, Safiya enjoys traveling, spending time with friends and family, and visiting new local restaurants. 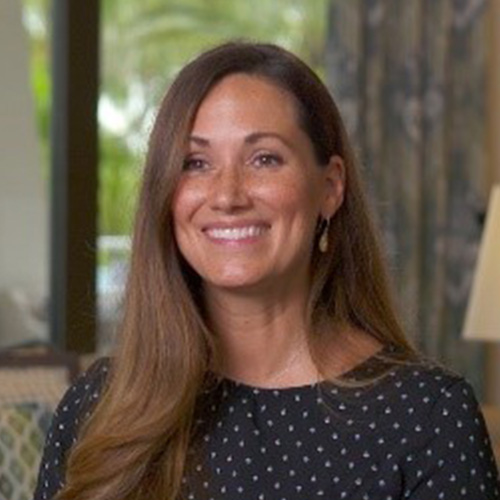 Heather Lynn currently serves as the Human Resources Manager for Restaurant Partners, Inc. and has been with them for 2 years.  Prior to being with RPI, Heather has held multi-unit executive level positions in both retail and food service operations. Specifically, she held positions of: Store Manager with Home Depot (10+ years), Regional Director of Operations for Bloomingdales (4 years), and Regional Director of Store Operations at Honey Baked Ham (6 years) overseeing as many as 86 year-round and 25 seasonal restaurant locations within her span of control across the United States.

Heather received her MBA at Florida State University.  She currently resides in Winter Garden, Florida with her husband, Sam and her daughter, Addison.  They enjoy staying active in their community, their church and spending time with family. 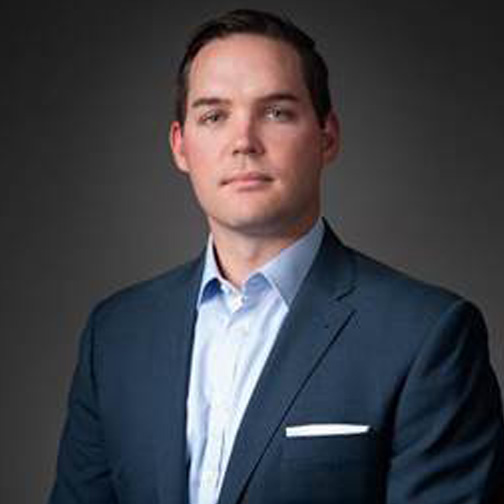 Mike is a proud graduate of the Dedman School of Hospitality at Florida State University.  Prior to joining RPI in 2013, he spent time in various management and operational roles with Disney, The Ritz Carlton, Club Corp of America and Rosen Hotels & Resorts.  Mike is also a proud alumnus of The Orlando Economic Development Council’sLeadership Orlando, Class 97.

Mike and his wife Kara, along with their two children Kensey and Mitchell, currently reside in Winter Garden, Florida.  Mike enjoys spending time with family, exercising on the West Orange Trail, and the challenge of golf.